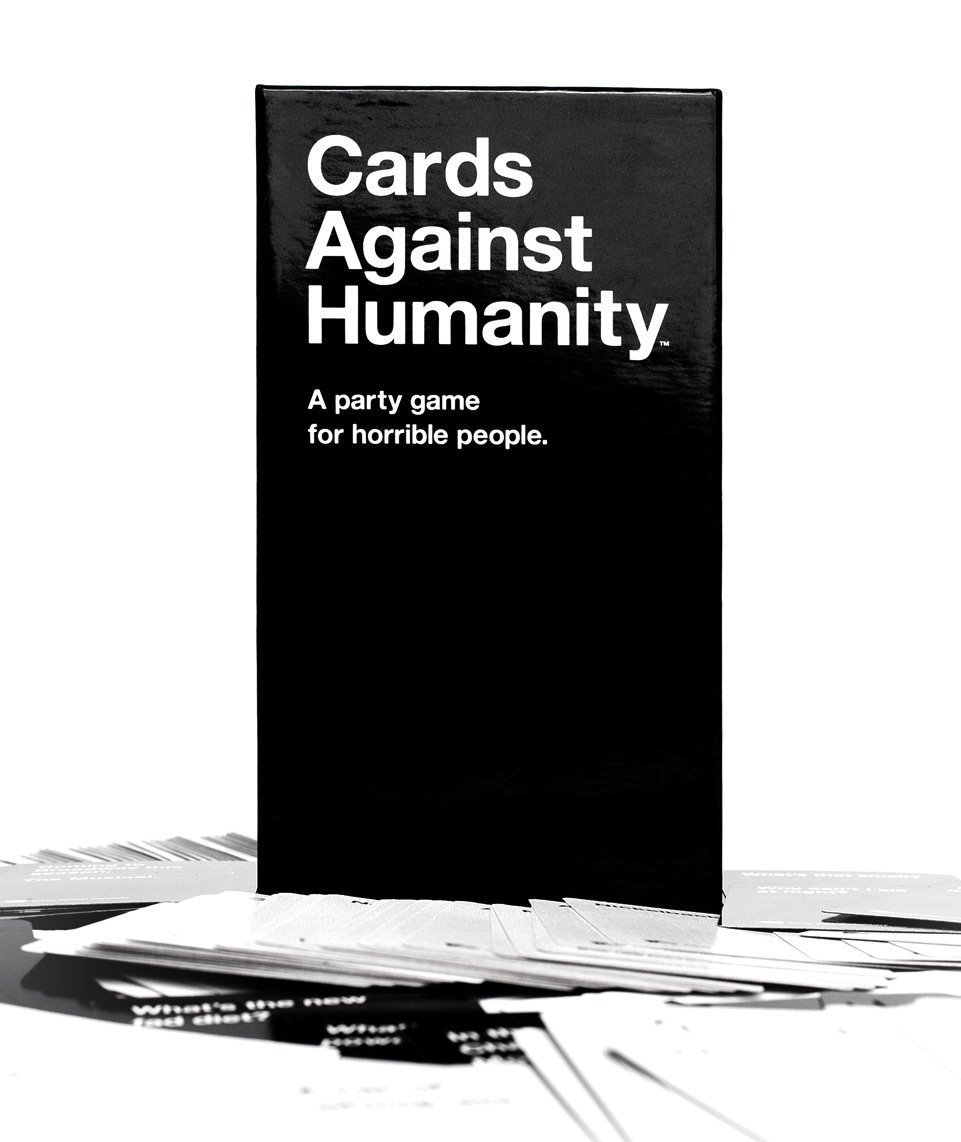 Cards Against Humanity is the party game for horrible people – just like you. 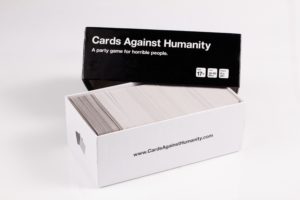 How do I play?

Cards Against Humanity contains 550 cards (460 White cards and 90 Black Cards). The game is simple to play – each round, one player asks a question from one of the 90 Black cards, and everyone else then answers that question with one of the White cards in their possession.

Can I make this a drinking game?

Just like our cool housewarming gift, the Spin The Shot game, you can turn Cards Against Humanity into a drinking game by electing the person that has the most funny white card each round the authority to delegate two drinks to any person who is playing of their choice. Alternatively, if you’re really trying to get the party started, the person with the funniest white card is exempt from drinking while everyone else playing has to drink.

Check out these Grandmas smoking weed for the first time while they play Card’s Against Humanity:

Wanting to take the game to the next level?

You can also go that one step further and incorporate a “King’s Cup” approach to the game. Every 10 Black cards a round is deemed to be over, and the winner of that round with the best white card pours some of their drink into the “King’s Cup”, after the full 9 rounds (90 Black cards) the person with the most white cards overall (most rounds that have been won) the chooses another person who is playing to finish the awful cocktail of mixed drinks in the King’s Cup!

Cards Against Humanity is an Amazon.com Best Seller!

2 thoughts on “Cards Against Humanity”

Thanks for taking a look at our housewarming gift ideas! We hope you found what you need! View all gifts.
This website uses Cookies to improve your user experience.
Accept
Read more
Change Settings
Cookie Box Settings

You can change these settings at any time. However, this can result in some functions no longer being available. For information on deleting the cookies, please consult your browser’s help function.

With the slider, you can enable or disable different types of cookies: